JANUS ARTS’ GUIDE TO INVESTING IN ART AS AN ASSET 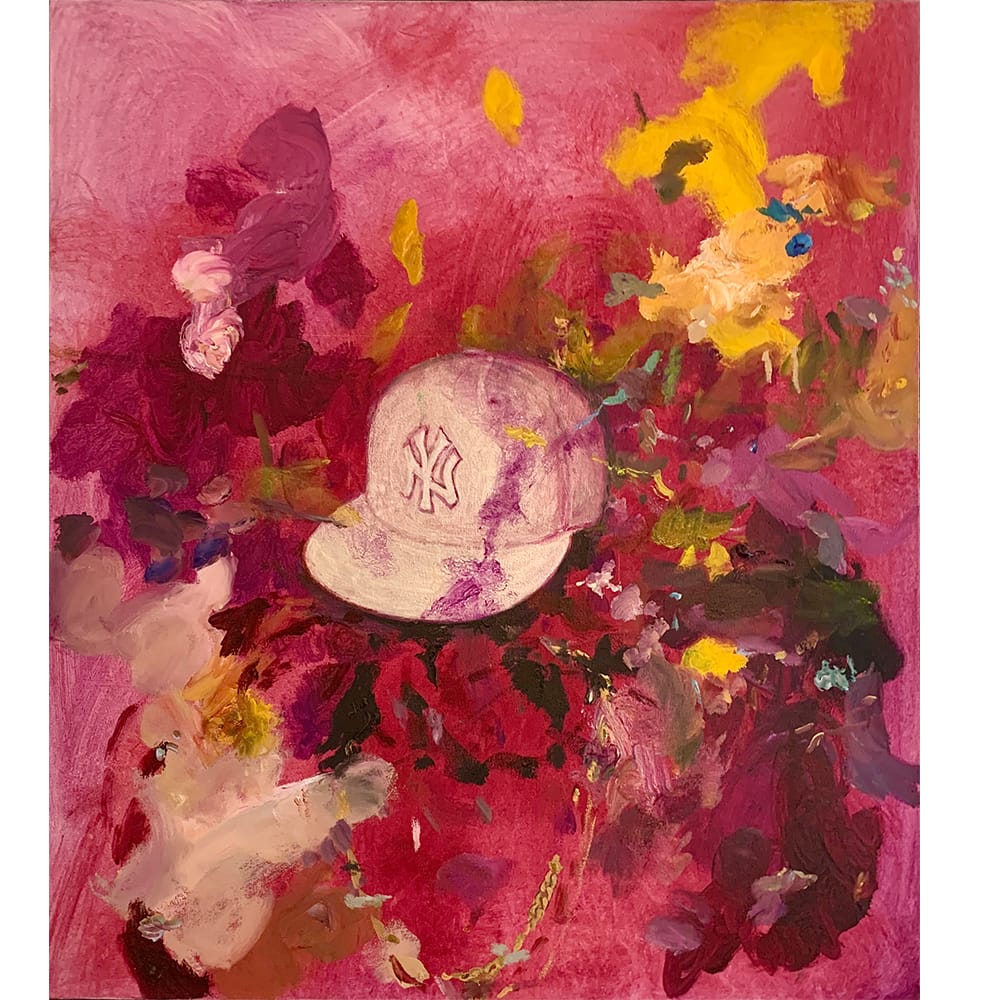 DISCOVER THE BENEFITS OF INVESTING IN ART AS AN ASSET

Whether you buy art as a diversified asset or simply because you love it, it makes sense to choose works that will stand the test of time. So read on for Janus Arts’ expert insight into buying art as a long-term investment.

Fine art has always been seen as a safe haven investment: the sort of ‘rock solid’ asset that performs well, even in times of extreme economic uncertainty. But the past year, especially, has put that truth to the test. Reassuringly, the art world has proved incredibly resilient throughout the pandemic. Sotheby’s Mei Moses (SMM) Indices, which measure the market’s performance via repeat auction sales, found that, on average, prices rose 1.6% between 2019/20, with contemporary artworks up by 5.5%. And all this in a year when virtually every work was bought and sold, well, virtually!

Much of this was thanks to the industry’s newfound ability to adapt. Spurred into rapid digitisation, Sotheby’s, Christie’s, and Phillips’ combined online sales for 2020 H1+ exceeded $444 million: a massive year-on-year increase of 388%. From hybrid online/live auctions to virtual art fairs and niche pop-ups, online accounted for two-thirds of 2020’s art sales.

Many buyers see art as both a cultural and financial asset — as economically valid as bricks and mortar but far easier to enjoy and maintain than any property portfolio. More brutally, others view art as simply a stable/superior alternative to the equity markets. (Indeed, many investment works rarely see the light of day — languishing instead in secure storage, like gold bullion.)

“Art Investments
averaged 141%
over the past decade”

But whatever drives you to buy art, you need expert help to maximise on your investment, for when it comes to price, art’s not just about talent or aesthetic appeal. An artwork’s ‘worth’ is wholly subjective and often heavily influenced by fashion and demand. A prime example is Banksy: recently, his work has offered stratospheric short-term returns, but whether it will do so in the medium to long-term seems unlikely.

HOW DO YOU CHOOSE ART AS AN INVESTMENT?

Unless you’re solely interested in the secure storage route, buy with a collector’s eye but an investor’s mind — while still choosing art you love and will enjoy looking at every day. So, where to begin?

Artists that are starting to be well exhibited, especially internationally, are a strong prospect, as, too, are artists at the end of their careers. Unsurprisingly, an artist’s death can see their (now finite) portfolio jump in worth. For example, since his death in 2010, the German abstract painter and photographer Sigmar Polke’s work has increased enormously in value and shows no sign of slowing.

Gold-standard artists always make money; such is the demand. For instance, Mattisse’s and Picasso’s early and mid-career pencil and encre de Chine works on paper remain very solid investments. (That’s presuming they’re good to begin with; even geniuses have their off days!) 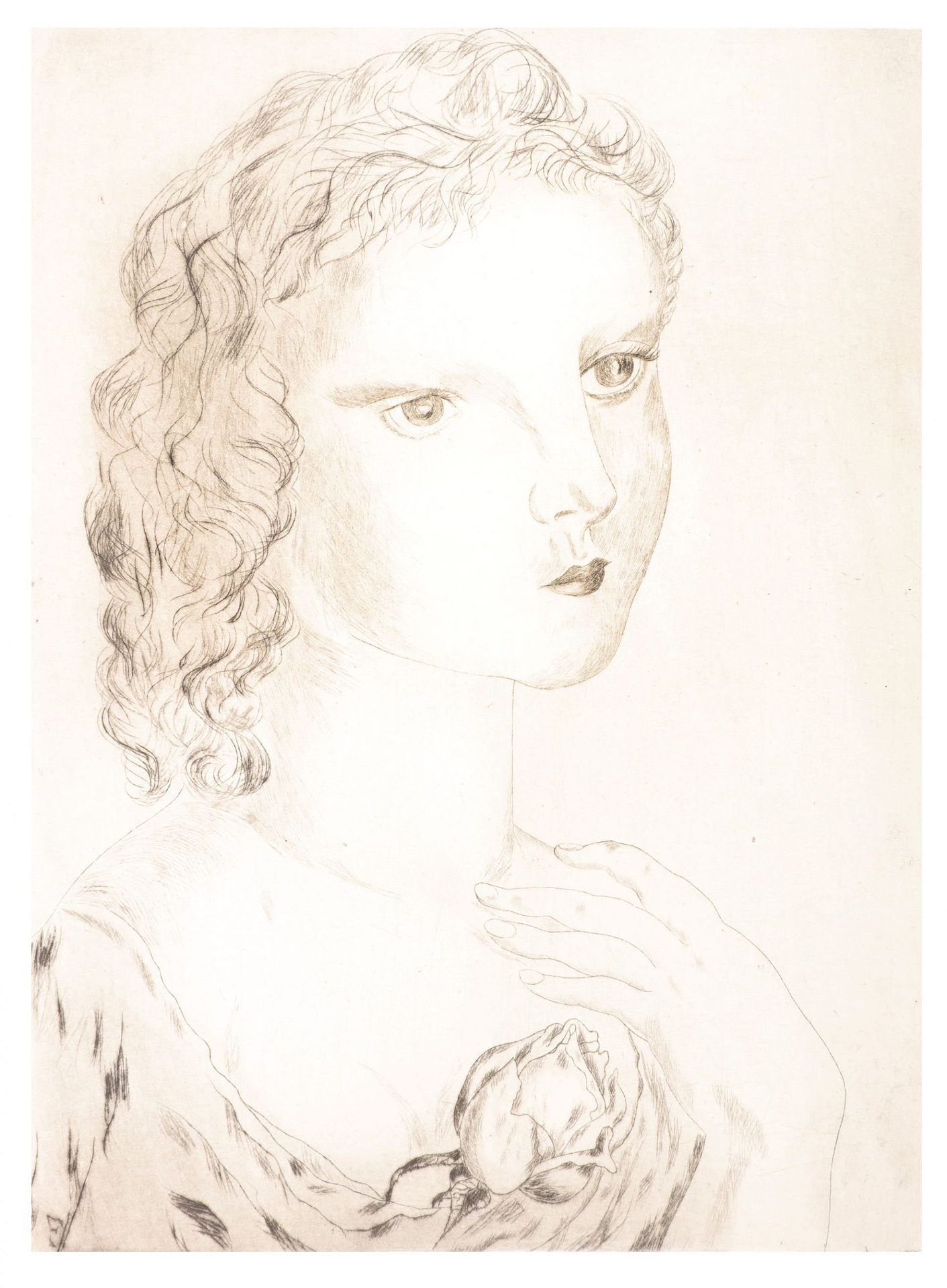 Enquire
One of the finest Japanese artists of the 20th century; Foujita’s 1917 debut show saw Picasso among the many purchasers. Today, Foujita’s innovative fusion of Western & Eastern aesthetics is much sought after — but his etchings still offer exceptional value. Combining the artist's trademark precision and perspective, this extremely crisp impression is in fine original condition.

PRINTS AND MULTIPLES: A GREAT WAY TO START YOUR ART INVESTMENT PORTFOLIO

The benefits of investing in art aren’t restricted to unique one-off works. As original versions of a singular work, prints and multiples offer the opportunity to collect established artists at a lower price point. Prints — such as etchings, lithographs, screenprints and woodcuts — are defined as limited edition works on paper. Whereas multiples are limited edition, three-dimensional works (such as Henri Moore’s figurative sculptures and Picasso’s and Jean Cocteau’s ceramics).

However, this genre can be a minefield. Picasso’s prints from the 40s are worth ten times that of their late 60s equivalents. Likewise, his early drypoint engravings are considerably more valuable than his later ones, yet seemingly identical to the untrained eye. Factors such as creation date, edition number, condition and artist’s signature can also significantly affect price. If in doubt, get in touch and let our knowledge be your guide.

SELLING YOUR ART INVESTMENT? HOW TO GET YOUR TIMING RIGHT

Works need to appear fresh to the market, regardless of their age. Sell too quickly, and buyers will presume there’s a problem. Focus on artworks you’ll happily invest money in for at least five years. If the market explodes before then, you’ll be waiting.

Beware, though, market dips. For example, the late 90s to mid-2010s saw insatiable demand for Andy Warhol’s silkscreens (including his iconic Elizabeth Taylor series), with prices topping $30 million. Since then, several have either failed to hit their lower estimates or, at worst, sell. Consequently, very few are appearing for sale as owners are waiting for the market to improve.

When you’re ready to sell, getting the territory and point-of-sale right is vital. For instance, works by the acclaimed French artist Pierre Soulages always make more money in Paris. Bear in mind that if you sell at auction versus privately, approximately 25% of the total sale price goes to the auction house, not you! Janus Arts’ impeccable connections ensure that clients get the best return whichever sale-route is deemed best.

The ability to prove an artwork’s authenticity can’t be overestimated, particularly with old masters. A historical paper trail that links the work to its creator (provenance), expert opinion (connoisseurship) and forensic analysis can all play a vital role in sorting the fakes from the fabulous and determining a work’s actual worth. Alternatively, you can buy direct from the artist: a worthwhile gamble with emerging talent, maybe, but hardly viable where, say, Jan Brueghel the Younger is concerned!

As with all things, trust your gut. If something seems too good to be true, if the provided provenance doesn’t feel quite right, seek further confirmation or walk away. Your multi-million-dollar investment may look every inch a Mark Rothko, but — as several clients of the now-defunct New York dealership, Knoedler & Co. discovered to their cost — if it turns out to have been forged by Pei-Shen Qian from Queens, it ain’t no Rothko.

THE SMART ART INVESTMENTS OF TOMORROW

The art market’s globalisation of the past decade means there are now more collectors worldwide than ever before. But while the key markets remain the USA, UK and China, recent times have seen a demographic shift, with buyers getting younger and wealthier. (Sotheby’s, for example, saw a 22.5% increase in bidders in their 20s and 30s during 2020 H1+).

Undoubtedly, increasing numbers of Millennials rightly view art as an asset class worth exploring. With this transfer of wealth comes fresh focus. Typically more tolerant and culturally sensitive than their predecessors, these new collectors are looking to invest money in art that reflects their values. As such, we could see a move away from the brazen extravagance and showmanship of, say, Jeff Koons. Enquire
Renowned for her impressionistic seascapes, the Suffolk-born artist, Maggi Hambling, has been painting the waters off the East Anglian coast since 2002. One of the earlier works from this ‘North Sea’ series, ‘High Sea, August’ encapsulates the wild ferociousness for which these coastal waters — and indeed the artist herself — are so famed.
Discover
Close

From Donatello to Damien Hirst , for as far back as anyone can remember, the art world’s been dominated by an almost entirely white, male cohort. Very few female artists — bar, say, Frida Kahlo, Yayoi Kusama, Georgia O’Keefe, Barbara Hepworth and Tracey Emin — have achieved a level of recognition anywhere near that of their male peers.

But while no woman has so far made it onto the ‘most expensive artists at auction’ list, recent repeat sales suggest wise investors should embrace their feminine side. In 2019, the SMM index reported on works bought in 2012 and resold in 2018: those by female artists had, on average, increased in value by 72.9%, whereas male artists’ work averaged an 8.3% increase.

In the context of investing in art as an asset, the findings represent a seismic shift. In the 50-years preceding the SMM study’s timeframe, male and female artists’ work appreciated at roughly the same rate, with gender seemingly having little influence on price increase.  Yet now, women are proving the stronger bet when it comes to maximising returns.

From the British painter and sculptor Maggi Hambling (whose prices have increased approximately 50% over the last five years) to the abstract colorist Alma Thomas (1891-1978), women’s influence is now being felt. The first African-American woman to have a solo exhibition at the Whitney Museum of American Art and (thanks to the Obamas) have artwork in the White House Collection; Thomas’ exuberant colour field works are especially sought after.

Finally, artists of colour are beginning to receive the recognition they deserve. Notably, in 2017, Jean-Michel Basquiat’s “Untitled’ became the most expensive work of art by an American artist ever sold at auction, when it sold for a mind-blowing $110.5 million (including fees) at Sotheby’s New York to the Japanese billionaire, Yusaka Maezawa. Given that, only a year earlier, Maezawa had set the previous record for a Basquiat ($57.3 million), whether these prices reflect the larger market — versus one collector’s passion — remains to be seen.

But while Basquiat remains far outside the realms of most collectors’ pockets, there are many artists of colour whose astounding work is both accessible and on the ascendency. Ben Enwonwu (1917-1994), the father of African Modernism, is long overdue a large-scale retrospective. One of the 20th century’s most influential African artists; while Enwonwu’s portraits are most coveted, his wooden carvings and bronzes shouldn’t be overlooked.

Similarly, Turner prize-winning Chris Ofili, CBE, presents an interesting prospect for braver investors. While some works by the now Trinidad-based Ofili have recently gone for below estimate or failed to sell, many have far exceeded expected prices.

At the other end of the scale, having only graduated in 2016, is the Zimbabwe-born, London-based painter, Kudzani-Violet Hwami (1993). Hwami uses photography, digitally collaged images, and intensely pigmented oil paints to create large, bold multi-media works, often incorporating silkscreen, pastel, or charcoal techniques. 2020 saw her work making its secondary-market debut, with auction estimates soundly smashed. Soon to feature in the Musee d’Art Moderne de Paris’ forthcoming group exhibition ‘The Power of My Hands’, she’s one to watch.

No matter the artist, you must take some simple steps to ensure your artwork’s longevity. Avoid displaying art in high moisture areas (keep that Hockney out of the kitchen and the bathroom!) and direct sunlight: both will destroy works on paper in a few years. Framing works behind museum-quality glass offers an increased level of protection, but one easy workaround is to have UV-filter film on your windows. Most importantly, though, make sure you are fully insured.

With traditional asset classes at the mercy of volatile markets and the ‘new normal’ still to make itself known, for canny art investors looking to the long term, the next year or so may prove a marvellous opportunity. A time when fortune will favour the brave; if you’d like help navigating this exciting new era, feel free to contact us at any time for a no-obligation chat. Whether you want to discuss a specific artwork’s potential or just need basic advice, we’re sincerely happy to help, and it won’t cost you a penny.